Shopping Cart
Your Cart is Empty
Quantity:
Subtotal
Taxes
Shipping
Total
There was an error with PayPalClick here to try again

Thank you for your business!You should be receiving an order confirmation from Paypal shortly.Exit Shopping Cart

While preparing for a long trip, I've dug threw a heap of US. Navy plue uniforms...and goyt side tracked when I attempted to sort them and hang them up....there is a couple dozen here to add I think, sailors and officers. so when I get back I'll attempt to add them to the site- some pretty old, butt the officers look very similar, and the Crackerjack-swabbies much the sme-and will be hard to make them really invidulized, but will get hts and jackets togeter-and check dome insignia and records and get them on the sit-a can of worms I've been avoing-best gjust get them on the site and be done with the-they will go into places to tell particular areas that are missing now-which is a lot. 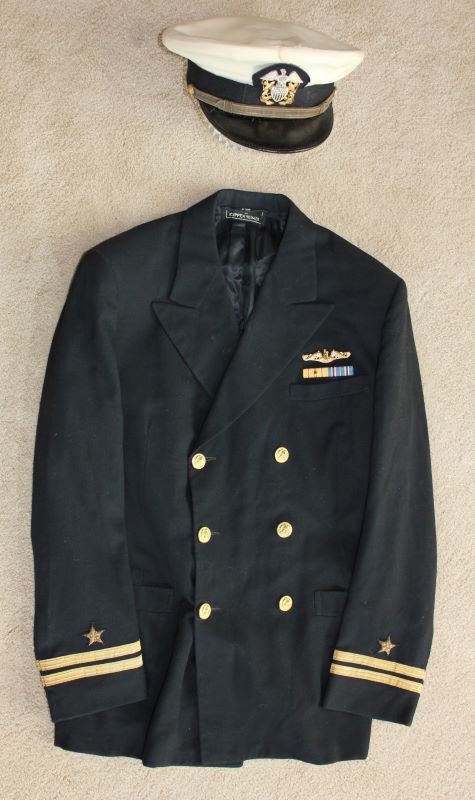 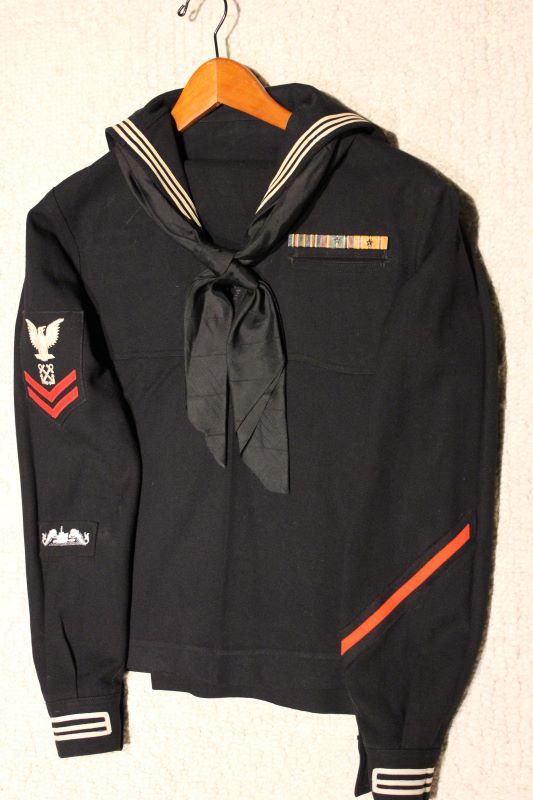 Otherthan the size and some insignia...and I suppose material the pretty near all look likke these two submariners. We'll get this organised and on the site, when I get some more time. Mark.